Park Royal is one of Europe’s largest industrial estates, if not the largest. It has been home to household names such as McVities and Heinz, and it is thriving today with over 30,000 people working there in over 2,000 businesses. This site remains a highly vibrant and dynamic location for businesses. But with projections for growth in housing, public authorities and developers are encroaching on the site. This is increasing tension, land prices and rents while impacting on businesses that are already struggling with conditions in London.

This report looks into the state of the businesses, what is made and particularly the kinds of resources and technology used in the manufacturing process on one of Europe’s largest industrial estates, at a time where it is confronted by the demand for space within London.

According to the Park Royal Atlas the study area was not urbanised until the 1870s and was composed primarily of open fields crossed by major rail infrastructure (GLA, 2014). By the beginning of the 20th century few housing clusters appeared in the area which was later used for the construction of munition factories during WWI. At that point the industrial character of the area was established, and factories of various productive sectors started appearing as the industrialisation was ramping up. Indeed, by 1932, 73 factories employing an active workforce of 13.500 workers were located in what is now Old Oak and Park Royal a number that rose to more than 45.000 employees by the 1960s as the area was spared from the extensive London bombings of WWII (OPDC, 2016). However, the following decades would see the start of the decline of the industrial sector and with it a large number of factories shut down except fror the larger companies such as Heinz and Guinness which survived temporarily survived yet relocated or closed by the early 2000s.

Today, only few of the historical large manufactories remain but interestingly a renewed interest has emerged for Old Oak and Park Royal. Medium to small companies have invested the old industrial sites following several subdivisions of land and buildings. Effectively, the contemporary landscape is composed majorly by small and medium sized industrial units among an archipelago of larger ones. The site has very low vacancy rates and demand for space is high. As a key industrial site, Park Royal is one of the city’s Strategic Industrial Locations (SILs), and the OPDC plans to retain and improve the area’s industrial capacity. 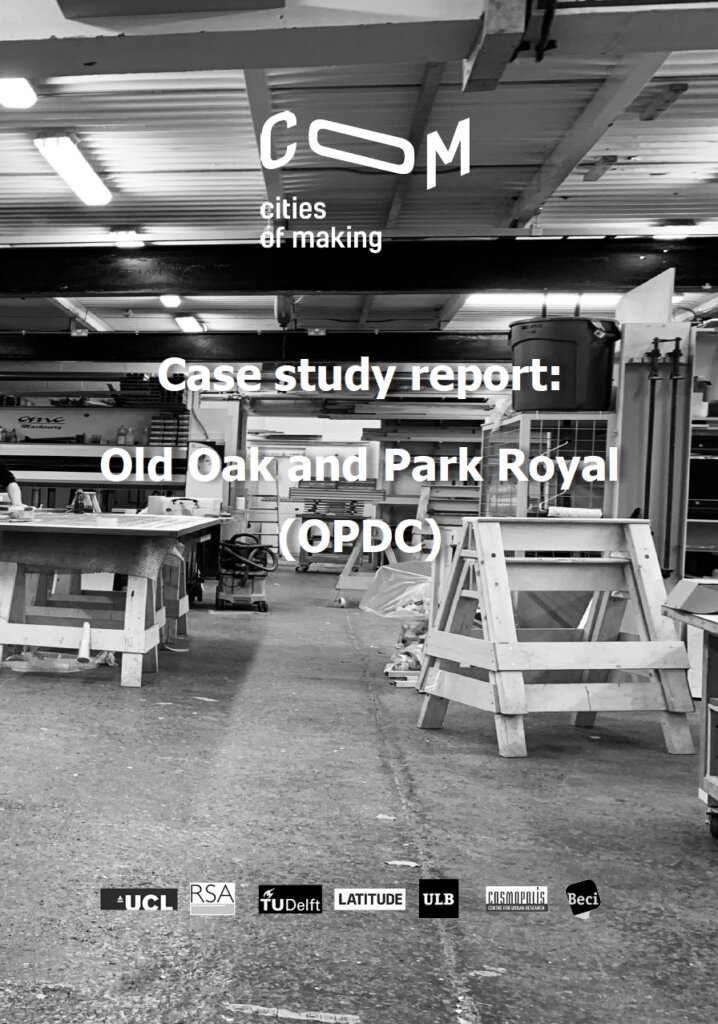