Rotterdam: bringing on the Next Economy

While no shortage of ambition, finance and ideas, Rotterdam’s ’Next Economy’ oriented future is not so clear. Jobs are shifting away from low skilled-manual labour which is available in abundance to high-skilled knowledge workers which is in shortage. Development pressure on available former port land is favouring housing over more strategic land uses for jobs or climate resilience.

1. Channeling the Next Economy

The transition to the so-called Next Economy attracts great confusion regarding which sectors to stimulate, the priorities, the new economic profile of the city and region and its basic industry in the future. Nonetheless, some sectors are named as strategic – and therefore absorb all the focus by institutions (particularly the port with regard to maritime manufacturing) and investors including: clean tech, maritime industry, health and agro-food. The opportunity lies in understanding the meaning of the Next Economy, in terms of the renewal of all productive cycles, innovation in manufacturing processes, products, logistics and knowledge transfer. The strong institutional support to for the Next Economy agenda, knowledge institutions and the availability of space in areas on transition (post industrial settings such as the port), in regeneration such as Rotterdam Zuid or being restructured including Westland) and several large waste streams mean there are conditions for a diverse and sustainable manufacturing landscape to emerge. How can the Next Economy and its resources be channelled into constructive urban manufacturing?

2. Engaging with the Port of Rotterdam

The Port of Rotterdam has historically, and to this date, defined the economic profile of the city and region and its narrow focus on a few industries such as logistics and fossil fuels. Beside employment, there is limited local added value actually from all the materials and goods that flow through the region. Furthermore in the context of economic transitions and a European move away from fossil fuels, the region’s dependence on employment from this large single actor remains a serious weakness.

The Port Authority certainly is adapting its profile and developing former port areas to introduce new, innovative manufacturing opportunities that support directly and indirectly its business towards the transition to the Next Economy. However, the focus on certain, specialised kinds of making, namely those linked to maritime industry, may limit the growth of a diverse manufacturing scene.

New urban manufacturing economies could benefit from being situated by the most important port in Europe, building on available resources and skills  while turning its focus to Europe’s most important agricultural cluster. World class logistics infrastructure and expertise, in addition to a growing network to capture  wasted resources from port activities (such as CO2 or heat) could hold a huge potential. Furthermore, as the port modernises and moves westwards, it is leaving vacant, now more central areas that could become interactive spaces for a highly competitive ecosystem of urban manufacturing ecology.

The port authority is a strong actor, able to ‘make things happen’ when it comes to stirring urban and industrial development in the region. A fundamental question remains, how can the port be engaged in a conversation dealing with a broader understanding of urban manufacturing?

If something defines Rotterdam’s approach to planning it is “Rotterdam Make it Happen.” This is evident in the city’s ambitious plans of becoming circular, resilient and in offering more attractive housing, urban spaces and conditions for investment.

While this makes planning flexible and dynamic, it also means that planning officials can easily change priorities to meet certain urgencies. Some plans with great long-term potential, such as urban manufacturing, can benefit from this flexible planning environment. However, with medium to higher income housing considered the most urgent priority, this way of flexibility instead of rethinking the space and technologies for urban productive activities and their combination with living and territorial strategies against climate change could mean a missed opportunity.

The foreseen land price rise due to housing  projects affects urban manufacturing as other higher paying commercial functions (such as logistics and large retail) push out the productive activities. In short, despite the plentiful amount available space in the city for making, it may be curtailed by short-term development opportunities.

In the absence of medium to long term certainty in zoning, or subsidies to improve insulation and technology to make it possible to mix making with residential, new initiatives and investments could be discouraged in favour of generic gentrified neighbourhoods.

With the region in very much in need of climate adaptation solutions and strategies to support the Next Economy, how can a case be made for environmental compatibility of urban manufacturing with other functions, including residential within the context of serious climate change challenges?

With the new Environmental Act, traditional zoning will change. It will allow for even more flexibility to introduce new uses – in so-called zones in transition for example. Regulation will be looser, and the municipalities will have more power in deciding what and how things could happen. It would be up to a municipal commission to decide whether a clean, high tech, nuisance-less manufacturing business could settle in an urban environment, despite belonging to an environmental category which did not allow for mix with housing until now. It could also mean that without the proper expertise in municipalities, decisions will fall into a focus on low risk and predictable solutions addressing tangible issues such as housing.

Is a bridging actor necessary to mediate between decision makers, local residents and manufacturers in order to facilitate informed decisions at municipal levels on where and how industry can be integrated in an urban setting?

Read more about Rotterdam in the Cities Report.

Birgit Hausleitner is an urbanist, architect at lecturer at TU Delft. Her research focuses on the urban morphological and socio-spatial preconditions that result in rich urban form, with a special interest in mixed use and diversity. 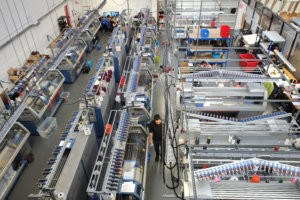 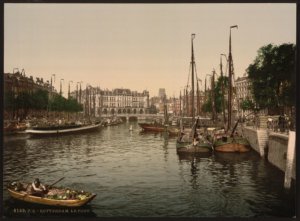 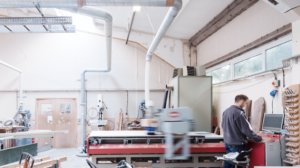