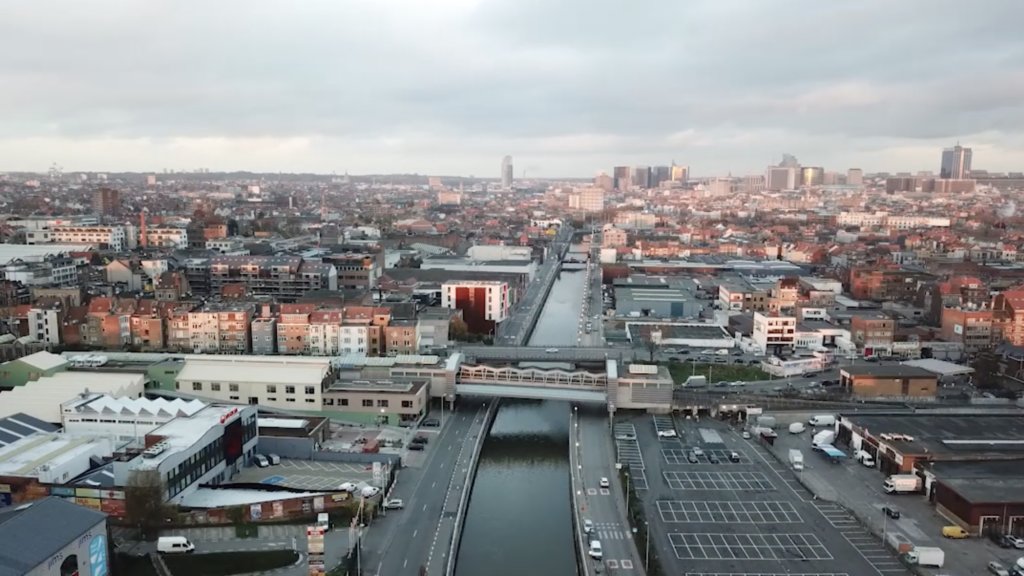 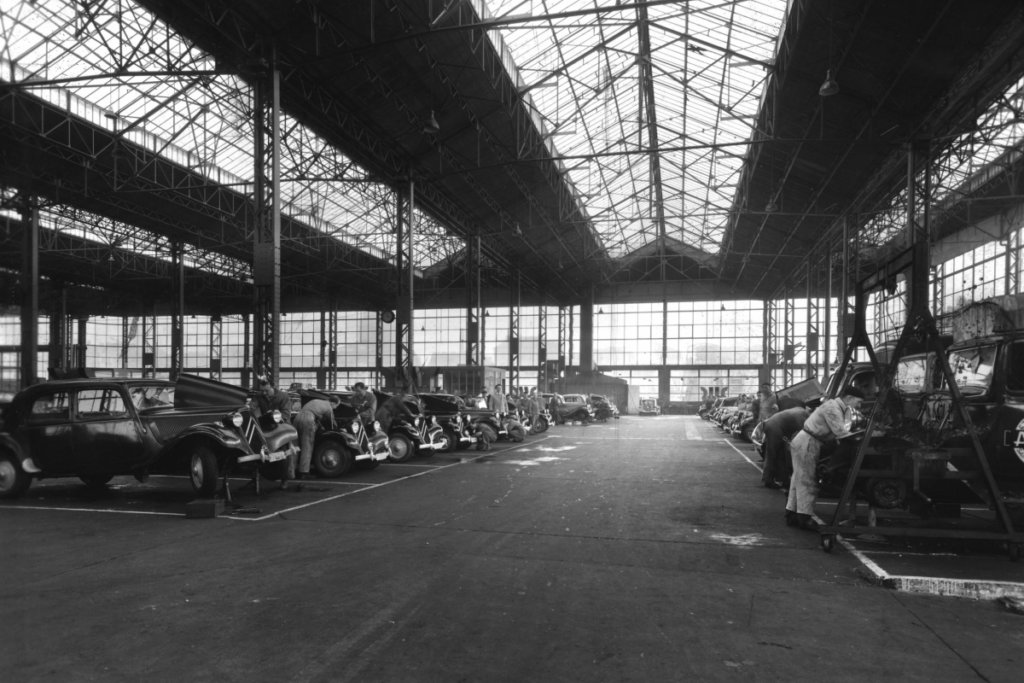 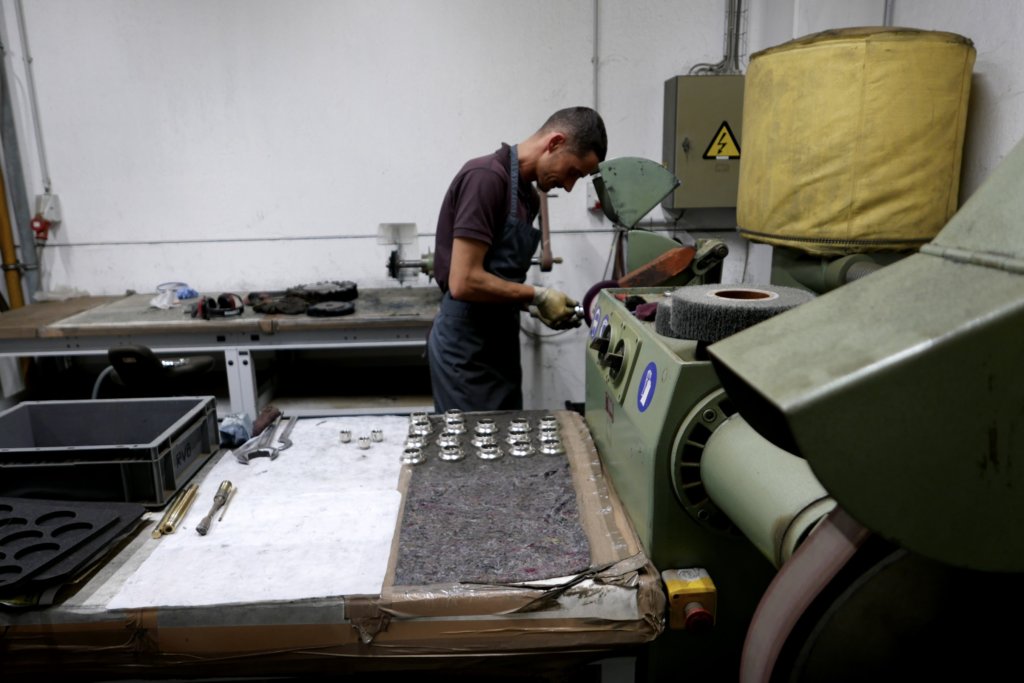 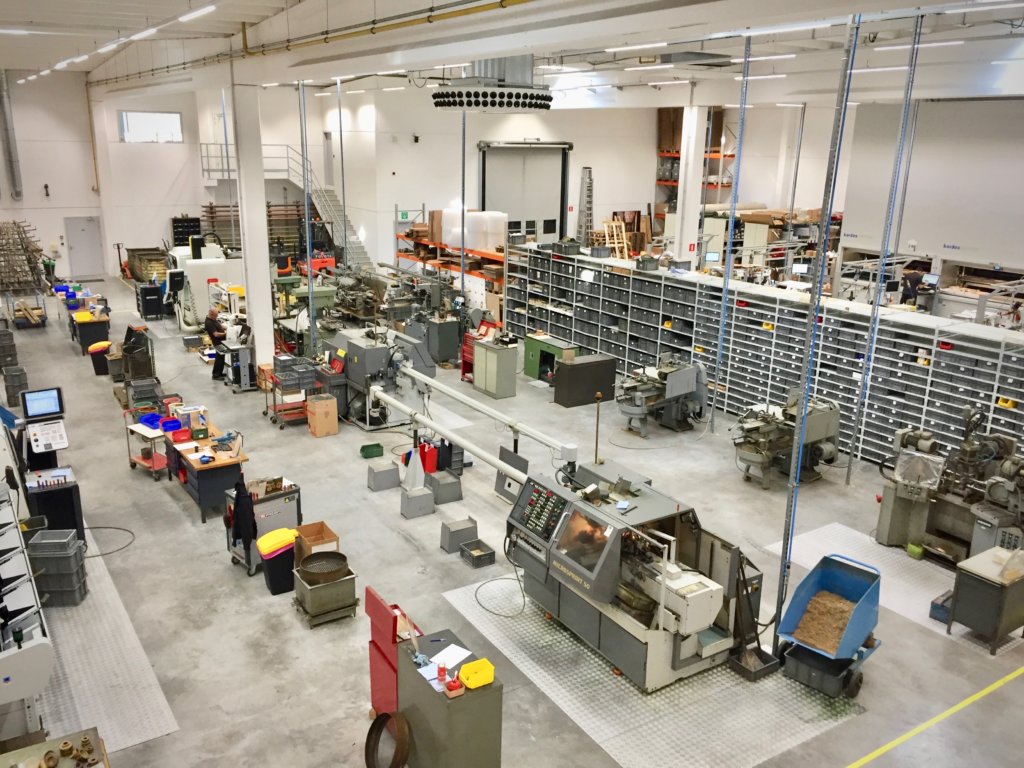 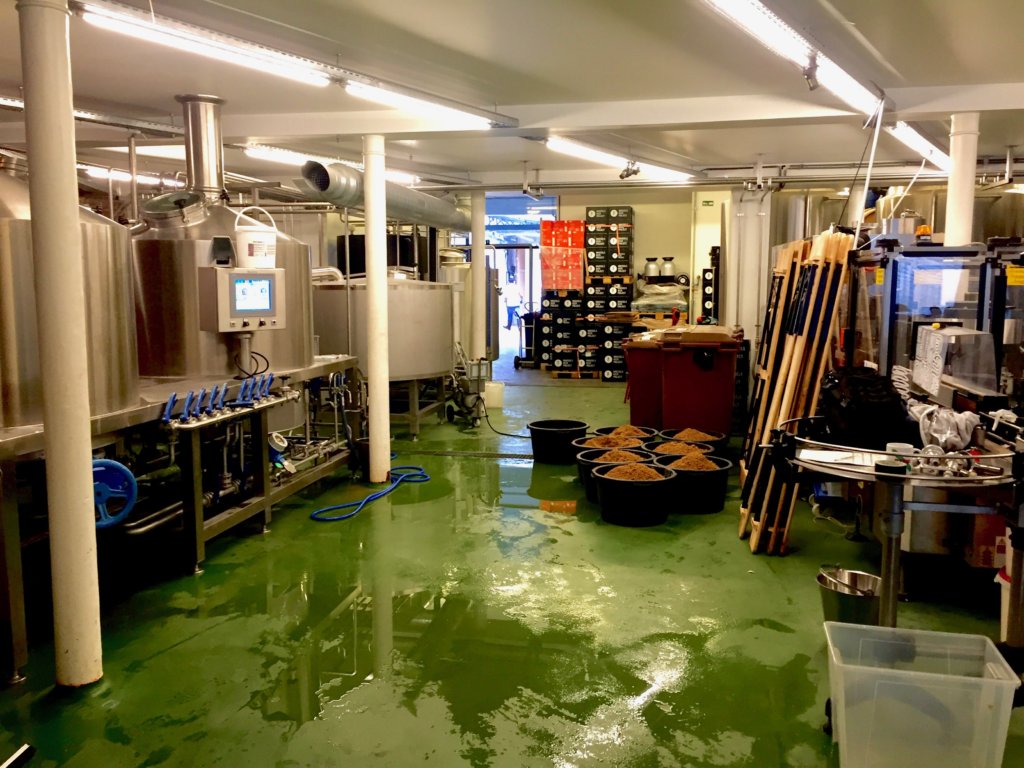 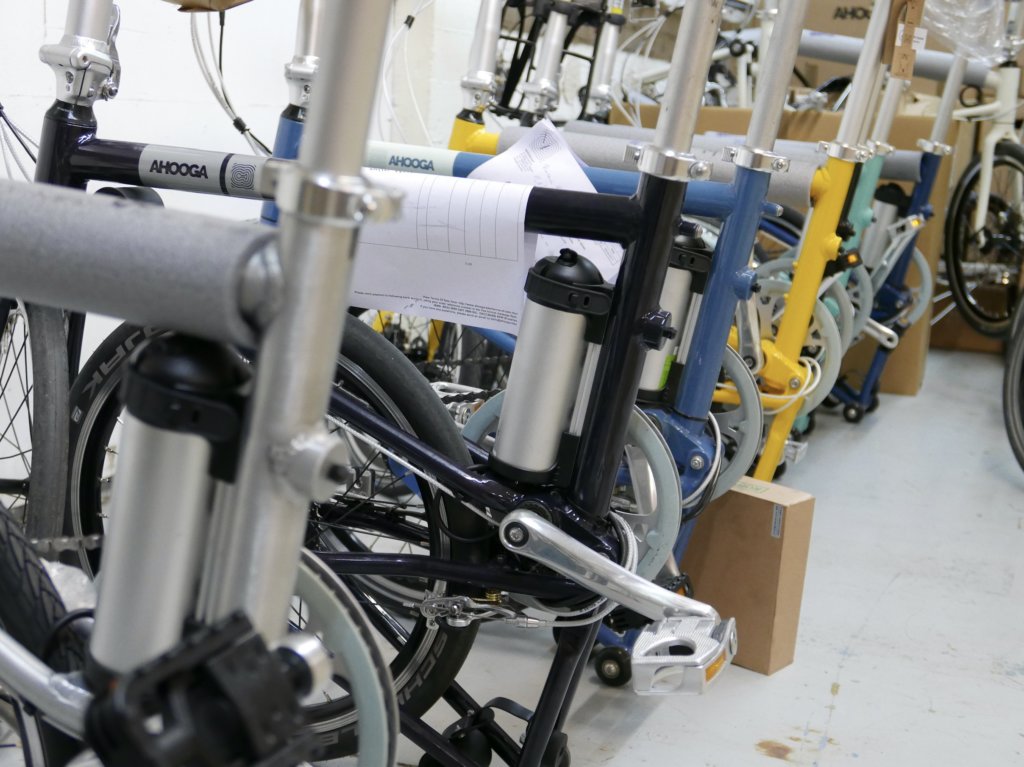 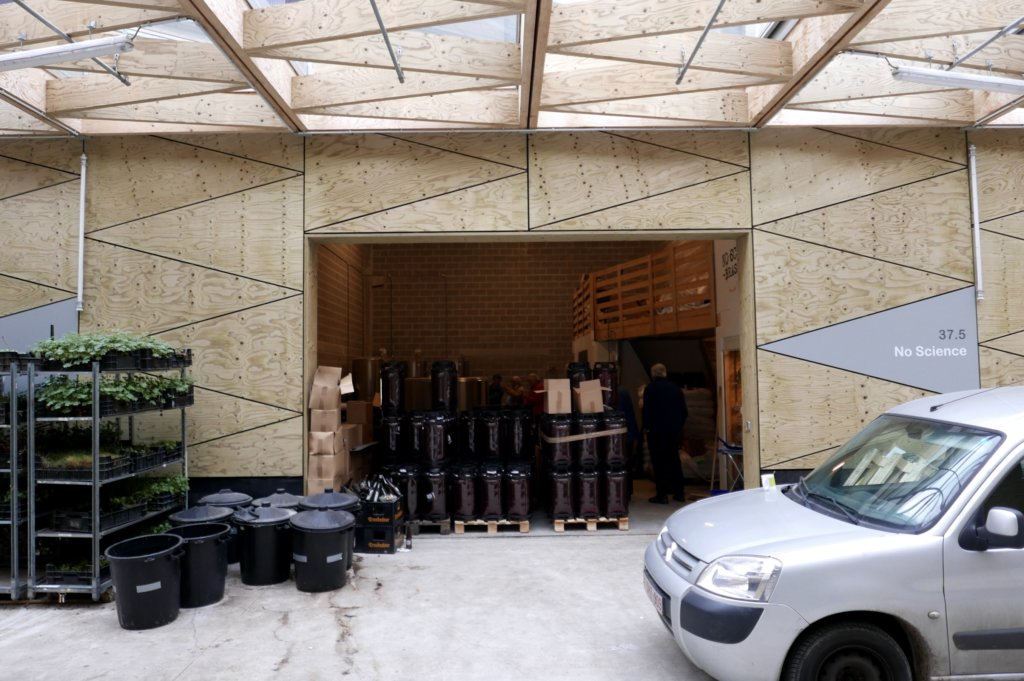 Brussels was one of the pioneering centres of the industrial revolution in mainland Europe while now claiming one the lowest levels of manufacturing for a European city. It is a city of two language groups, the seat of three capitals, it is perhaps Europe’s most cosmopolitan regions with one of Europe’s highest per capita incomes rates while also suffering some of the highest levels of unemployment for a major European city.

Until the 1960’s, some 60% of jobs were associated with industrial activities – making Brussels one of the most industrial centres per capita in Europe. The city was home to a diverse manufacturing sector, specialising in metals, printing and vehicle production thanks to one of Europe’s densest rail networks drawing in a vast pool of labor from the Flemish and Walloon hinterland. It was supported by stable coal supplies in the Ardennes, access to a large local consumer market in Belgium and beyond and its good location on the canal and a rail route connecting Paris to Cologne and Amsterdam.

However since the 1960’s, the city experienced a radical transformation of its economy. The development of the service sector, and growth of its international functions and European institutions, have rendered Brussels one of the least industrial cities in Europe, with industrial jobs representing a modest 3% of total employment. The process of relocating Brussels’ manufacturing continues. Industry and productive activities in general have been weakened by demands for housing and office space, focusing on the highly mixed inner-city workers’ neighbourhoods which are being acquired by both private and public developers. Unemployment rates ranging from 20-40% are common in some neighbourhoods, putting pressure on politicians to look for replacements for lower skilled jobs that industry once offered.

Manufacturing activities are far from gone. Brussels is home to two major assembly plants (Audi and SABCA), a host of niche biotech firms and specialists in sensor based technology. Furthermore, with an ambitious regional circular economy plan, pioneering development in grass-roots social innovation and greater integration of socio-economic actors within the local economy, Brussels is positioning itself, albeit informally, as a hub for locally focused making. 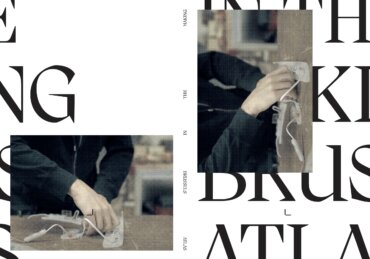 The relation between the production of goods and the city has radically changed over the last century, leading to a strong disconnection that exiled manufacturing activities to marginal places, out of sight. In recent years, such confinement and its negative consequences   congestion, energy waste, pollution, employment unbalance has gained attention worldwide. Critical discussions and a… 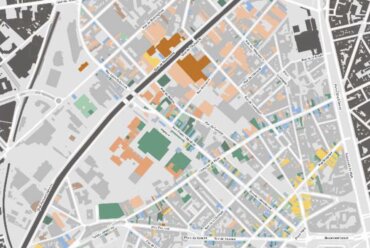 Space for SMEs in the city has been a hot topic in Brussels circles concerned with urban and economic transformation for several years now. Several analyses show that the situation in the Brussels Capital Region is worrying: SMEs are leaving the city. VUB researchers Alexandre Orban and Fabio Vanin, in… 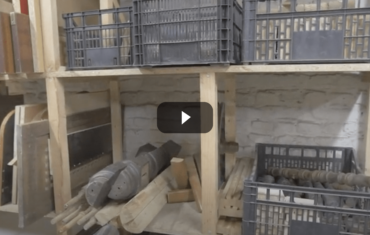 Wood in Molenbeek is partly a social project within a disadvantaged neighbourhood and partly a university action research project to explore the capacity to re-use wood, a very common waste stream.… 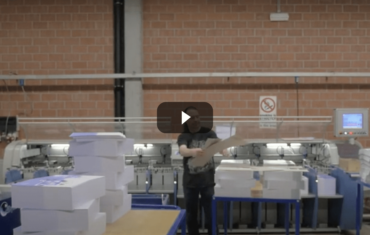 Gillis is one of a few remnant printers that remains in Brussels’ inner-city neighbourhood of Cureghem. The company has seen radical change of both the neighbourhood and clients.  It is now at a critical moment, will the owner end the business and cash in on the recent increase in land… 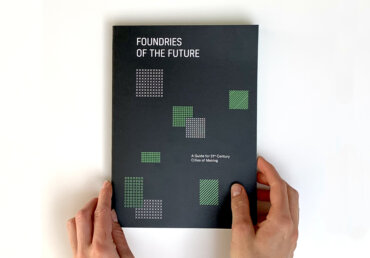 Since the 1970s, cities world-wide have been witness to radical de-industrialisation. Manufacturing was considered incompatible with urban life and was actively pushed out. As economies have grown, public officials and developers have instinctively shifted their priorities to short-term, high-yielding land uses such as offices, retail space and housing. Inner-city growth from New… 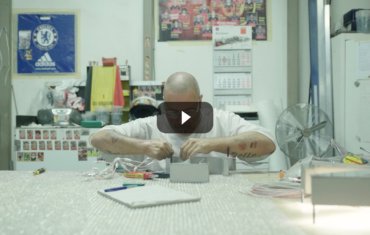 Following the life of four manufacturers BIGH is food producer, growing tomatoes, fish and herbs.  They’re located in the city’s abattoir and the business builds on ideas or circular economy, cradle to cradle and industrial symbiosis.  Their location in the abattoir allows for waste heat from the refrigeration units to… 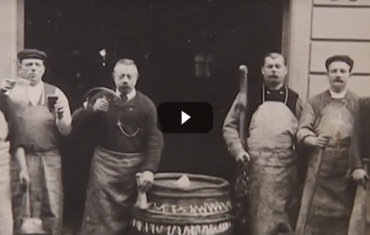 Cantillon is a brewery located in the heart of Brussels, a few steps from the main train station – Gare du Midi.  The brewery produces Gueuze beer which has a peculiar ‘spontaneously fermented’ process based on ancient brewing methods that were once typical for the surrounding Senne Valley.   It… 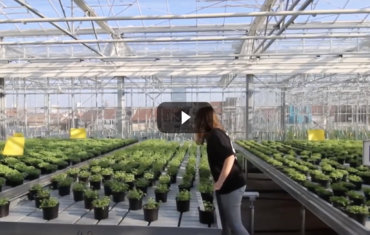 BIGH, the acronym for Brussels Integrated Green Houses, is a pioneering urban agriculture business, located on the roof of the retail section of the city’s abattoir.  The business uses a closed loop system within the spirit of cradle to cradle and the circular economy that takes advantage of wasted heat… 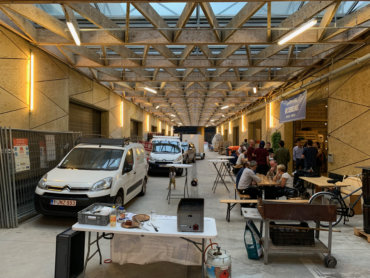 Demonstrating new approaches to real estate development Citydev.brussels is the Brussels region’s development agency, an independent but publicly owned organisation. It is charged with showcasing new development priorities and developing spatial solutions which would not currently be attractive to the mainstream development market. They have three areas of focus: housing,… 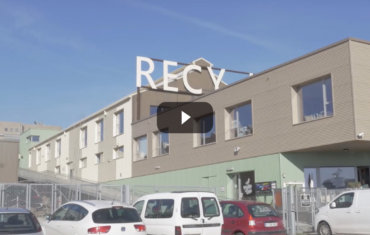 CF2D is located along Brussels’ canal district, within an ERDF (European Regional Development Funds) funded complex oriented towards waste management.  The non-profit organisation is focused on repurposing or at least selectively dismantling and sorting electronic waste.  This provides relatively ‘low-value’ financial returns but is of great value for cities that… 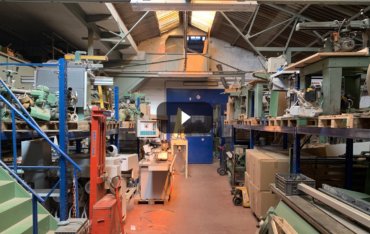 Lowestein is located on the south of Brussels, one of only a handful of repair businesses in Belgium.  They provide an essential service by keeping machines moving and working.  However it is not the most attractive job and there are questions of how this business may be carried down to… 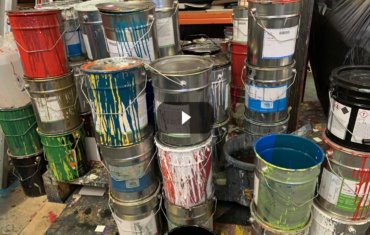 Screen Group is located in the south of Brussels and focuses on printing posters and large prints.  This is increasingly a smaller market. There is constant pressure to invest in new technology to bridge the gap.  This film looks at how a business stays afloat despite newer and bigger businesses… 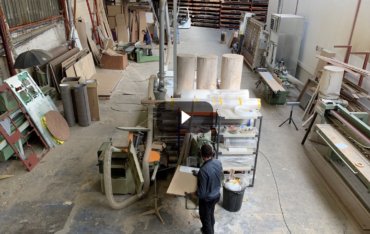 While Perma Plexi has a major challenge – finding enthusiastic staff that have experience working with plastic.  It is a business that proves that while accessible work exists in manufacturing within cities, there is a fundamental recruitment challenge to find people that genuinely want to work with their hands and live… 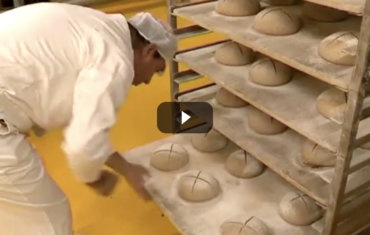 Baking in Brussels Löwy is an artisanal baker and the retail face for La Wetterenoise.  Both are located in the Drogenbos neighbourhood at the south of Brussels, in a city known for having a baker on every other corner in some parts of the city.  They’re positioned somewhere in the… 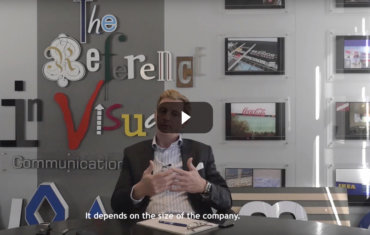 Signage and clients Petrus is a signage company located at the south of Brussels.  It has grown over the years from a business offering one-off solutions to small shops to now building strong relationships with brands and companies to deliver a full service, from design to manufacturing and installation.  … 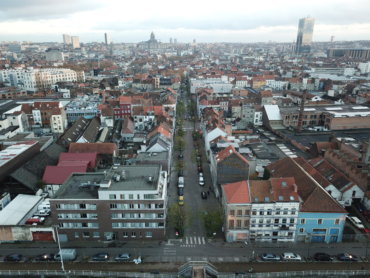 1. Giving urban manufacturing a name One of the biggest challenges for urban manufacturing is to define what it means. Currently a vast range of activities fall into an ‘industrial’ category which can include – transportation, waste management, storage, agriculture, repairs, retail, offices, even film production, in addition to core… 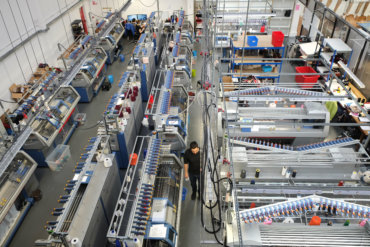 Manufacturing is changing; where once consolidation and high-volume production pushed manufacturing activities offshore, new developments in technology are offering opportunities to re-distribute and re-localise manufacturing. Alongside this is the need for us to radically rethink the way we produce and consume goods to reduce the negative environmental impacts of our… 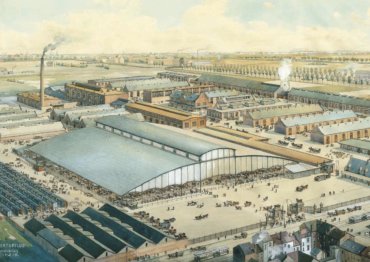 From early manufacturing to the Industrial Revolution Brussels’ ‘manufacturing spirit’ can be traced to the region’s infamous Flemish textile production from the 13th century. In the 16th century, the Dukes of Brabant favoured the city over many others for their court, marking its economic and political role thereafter. Over various dynasties,… 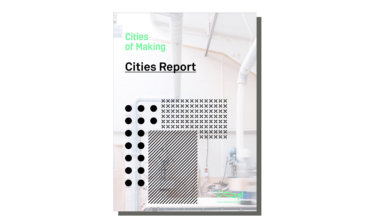 Urban manufacturing, interpreted simply as the production in cities of tradable goods at scale, is a poorly understood aspect of urban life that is often taken for granted or overlooked in urban planning. Following years of decline and offshoring, European cities may now be at a turning point. Firstly, manufacturing… 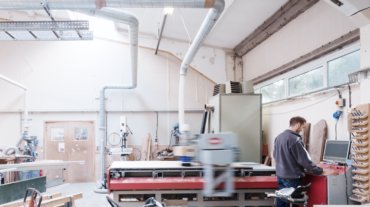 Among London’s rich history of trade and finance it is easy to forget that it was once an industrial city. The clothing, leather, hat and shoemaking industries were important to the East End, and other industries from watches and precision engineering in Clerkenwell, to shipbuilding on the Thames, to motor…